I am woefully behind on my accordion posts. Blame it on a crazy work and travel schedule, a cracked cast iron sewage pipe that resulted in a kitchen re-renovation (don’t ask), and the heat and humidity of a Richmond, Virginia summer so oppressive that  I can barely complete my ABCs, much less a blog post. Sigh.

So in lieu of a thematic blog post, I will simply share a few random nuggets I’ve collected over the past few weeks. Have a look, and in some cases, a listen, and enjoy.

1. A special shout out to my buddy, Jared Miller, who told me about this super cool video by the band, OK Go. It goes without saying that it features the accordion. But as a special, super fun bonus, it also features the entire Notre Dame Marching Band.

2. My buddy Jared Miller also gets credit for this next nugget. Jared doesn’t even play the accordion, but he has an uncanny ability to find great accordion stuff. I like Jared. I also like this comic.

3. Here I am outside the Northwest Arkansas airport, testing my accordion to make sure it wasn’t jostled in the overhead bin. I played a tiny little snippet of Waltz Across Texas, the only song I know from memory, and the two passersby actually clapped and asked for more. Northwest Arkansas rocks. 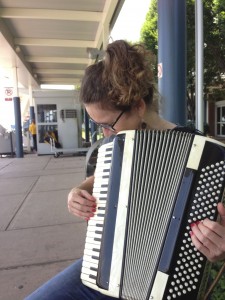 4. Playing the accordion ain’t easy. But here are two cute Bavarian twin girls who sing AND play accordion, all the while zipping around the dance hall on roller skates. Um. Don’t try this at home.

5. Yesterday was Bastille Day, so here is my friend Barry playing a lovely version of Mon Amant de Saint John. He recently performed this and other beautiful tunes while busking in Carytown in our fair city. Barry has a great blog called the delicious accordion. Check it out for more accordion awesome sauce.

6. Finally, if you haven’t already seen it, read this fabulous NY Times article that says what I’ve been saying in accordiontokaren for over two years now. I’m heading to NYC in August to check out some of the accordion playing in Bryant Park, so stay tuned for a post! 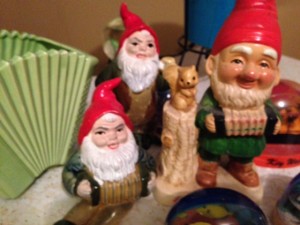 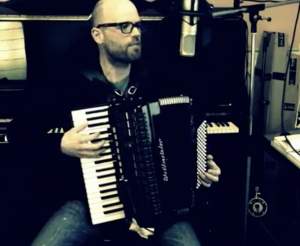 Playing music is a joy.

That’s what my friend Barry said during our conversation in his kitchen on a recent Friday night…a conversation that included dual accordion playing, lots of stopping and starting, laughing, more laughing, and drinking Jamaican Red Stripe beer along with some awesome rum and cokes made with Mexican cola and Myers dark spiced rum.

It was a very good night.

And just like playing tennis with a better tennis player will no doubt improve your serve, playing accordion with someone who plays  better accordion than you will doubtless improve your squeeze game.

I hope Barry is prepared for me to come over every Friday evening.

Here’s a taste of our night. I can’t wait until next time. 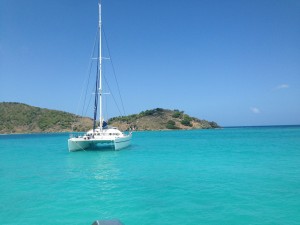 I recently returned from a vacation in paradise.

The only thing missing from this extraordinary vacation, quite frankly, was a travel-sized accordion on the catamaran. Not sure the other 7 folks on the boat would agree, but as rockin’ as this floating party was, it could have rocked even more with a squeezebox on board. Imagine my delight when the most kick-ass instrument on the planet made an appearance not in paradise, but on our way there…and in the most unlikeliest of places. Proof yet again that the accordion has infiltrated the mainstream.

Check out Delta’s new in-flight safety video. Being a communications professional, I would appreciate this great example of effectively relaying important information to a target audience even if it didn’t feature an accordion. Yes, the Delta in-flight safety video features an accordion. See for yourself. But you’ll have to stick with it to the very end (specifically for 3 minutes and 39 seconds) to see the best part.