I first interviewed filmmaker Roberta Cantow over a year ago. At the time, she was raising money to put the final touches on her refreshing documentary about the resurgence of accordion music in the US. I was an easy sell; Roberta had me with the words, “accordion documentary.”

I am delighted to report that her film is now complete and available for purchase. Here’s just a peek of what you can expect.

I certainly didn’t need a movie to convince me that the accordion was where it’s at–I am hopelessly unable to resist its allure. But this charming, educational, and wildly musical film does come in handy to sway the opinion of disbelievers. It’s also just plain fun for music lovers of all types.

As a kick-ass side bonus, her film also features my good friend Frank Petrilli, one of the heavy hitters in the accordion jazz world. It also highlights the late Walter Kühr, former owner of the Main Squeeze Accordion Shop in New York City (where I bought my beloved accordion) and conductor of the all-female Main Squeeze Orchestra. Walter left this world too soon, but, fortunately,  a bit of his unique essence is forever captured in this film.

For the very reasonable price of $24.95, you can make the accordion lover on your gift list deliriously happy. If you really want to go crazy, you can also buy a t-shirt or the award-winning movie poster. You’ll find it all on the Accordions Rising website.

Go ahead. It’s time the rest of the world learned how hip accordions really are. 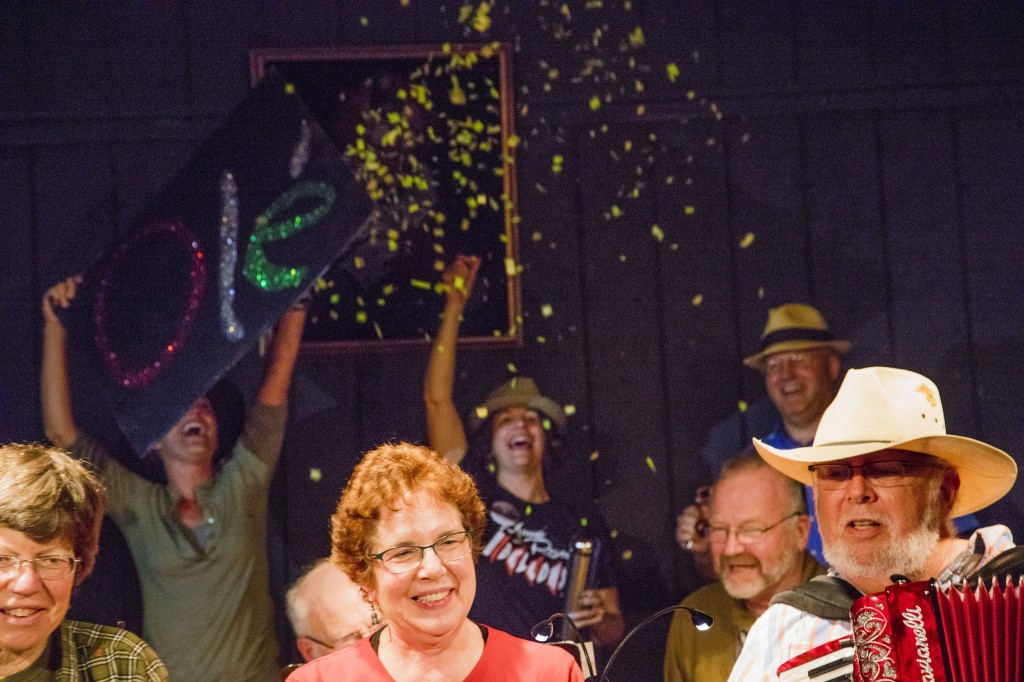 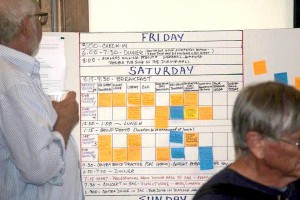 His name is Martynas Levickis and I recently lost myself in YouTube for hours watching this smiling, curly-haired, 23-year-old Lithuanian. Sigh.

Give him a listen–you’ll see what I mean.

Yes, he won Lithuania’s Got Talent. Skip ahead to 7 min. 58 sec. if you want to watch him bring the three judges and the entire audience to their feet. He starts playing music at 4 min. 35 sec.

His first CD, Martynas, was recently released in the U.S. and his rep at Universal Music sent me not one copy but two. It’s really really good. Dance around in your living room good. Detox from a stressful day good. You’ll find everything from gypsy music (Hungarian Dance No.5 and my hands down fav Czardas) to a Brazilian pop song (Nossa, Nossa). Also sprinkled in are Beethoven, Vivaldi, a Katy Perry song (not ordinarily a fan but I’ll listen to him play anything) and even my favorite traditional Jewish folk song Hava Nagila.  Tying it all together is his passionate and first-rate musicianship. Here’s a preview:

Bonus tip: Share this blog post on your Facebook or twitter account and I’ll write your name down and throw it in a hat. If I pick your name, I’ll send you his CD, simple as that. Martynas wants to expose the accordion to the masses as one of the most fabulous instruments on earth. Let’s help him do that. 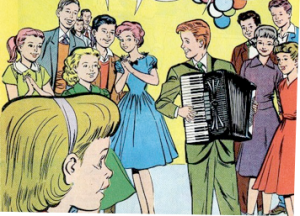 Few would argue that an image of Elvis, with his guitar slung over his gyrating hips, isn’t sexy. Elvis was hot and so was his guitar. Those damn guitars enjoy nearly universal sex appeal. In fact, countless guy friends of mine told me they learned how to play the guitar just so they could pick up girls. Yet it’s doubtful that anyone ever strapped on an accordion to improve their successful dating odds. I mean it would have worked for me, but, well, the point is…the times are changing.

Not everyone agrees with me, of course. In fact, I got the idea for this post after reading an article about jazz accordionist Cory Pesaturo who said accordions were decidedly unsexy instruments and he likened them to strapping an air conditioner to your chest. Now I’m not one to disagree with Cory Pesaturo–he’s a three time world champion in jazz, acoustic and digital accordion and he isn’t even 30 yet (sheesh)–but I think he’s wrong about the sex appeal factor.

Accordions are sexy. Here’s some evidence:

Or Steve Riley of the Mamou Playboys.

Or Annette Ezekiel Kogan of Golem.

I could go on and on but you get my point. But if you need more proof, you can always order your own copy of the 2014 Accordion Babes Pin-up Calendar. I just ordered one of my own. There’s a different, professionally photographed, accordion-playing babe for every month. It even includes a CD containing a song by each model–all for $15 plus shipping.

Go ahead and hang it on your wall. I dare ya!